Transform light and provide UV protection for your furniture and artwork with innovative, light-diffusing Hunter Douglas sheers and shadings.

Hunter Douglas' cellular honeycomb shades offer superior energy efficiency, helping to keep your home warmer in the winter and cooler in the summer.

Hunter Douglas Roman shades combine the soft look of fabric folds with the operating ease and convenience of a traditional shade, stacking smoothly and evenly when raised.

Hunter Douglas' Woven Wood shades add warmth and character to your space with materials that pay homage to unique textures found in nature.

Hunter Douglas' shutters are available in long-lasting materials and elevated finishes and can be made to fit a variety of windows, including specialty shapes and sliding-glass doors.

The ideal choice for sliding-glass doors or large windows, Hunter Douglas custom vertical blinds are designed in a range of materials, including vinyl, fabric and aluminum​.

Complete your look with Hunter Douglas side panels and drapery. Choose from timeless and on-trend fabrics.

Program your window treatments so that they adjust themselves automatically, creating the perfect room ambiance morning, noon and night.

Transform Your Home with Light

Innovative window treatment designs by Hunter Douglas transform the natural light in your home to create the perfect ambiance, whatever the moment.

See Hunter Douglas videos and learn about the benefits of various types of window treatments.

As a Hunter Douglas Gallery dealer, we offer the Gallery-exclusive Hunter Douglas Right Choice Promise® to you: Try out your new window coverings in your home and exchange them if you are not completely satisfied.

Add the perfect finishing touch to your windows.

Choose from a wide selection of styles.

Choose from our large selection of fabric colors, patterns and textures.

Looking for blinds and shades for your office, practice, restaurant, hotel, or other business? We can help with that, too!

Our schedule is flexible, and we can come to your home for a consultation.

Get a free estimate for your next decorating project.

Let Nest Expressions take care of the measuring and installation of your new blinds or shades – and make your life easy!

Nest Expressions offers high-quality window treatments and area rugs with an emphasis on comfort, style, convenience, and the satisfaction of each customer.

Our in-home consultants are friendly, helpful, and design-focused to bring your home the window treatment it deserves. Short on time or just want to learn more about our products? Consider scheduling a Virtual Consultation!

About Us In-Home & Virtual Consultations

See current and past decorating ideas from our 'Fresh Ideas' Newsletter.

See window covering solutions for a variety of needs and kitchen styles.

See blinds and shades for angled, sloped, and triangle-shaped windows.

See blinds and shades for arched, half-circle or half-moon windows.

See blinds and shades for bay, bow and corner windows.

See blinds and shades for patio and sliding-glass doors.

See all options for automated blinds and shades.

See our options for blinds and shades that best control light.

See blinds and shades that help save energy at the window.

See blinds and shades for light filtering and UV protection.

See blinds and shades that are safer for children and pets.

About Us In-Home & Virtual Consultations

Because of its richness, red can create a focal point in your rooms, even when used in small quantities.

Red comes in so many shades and is described by so many names, including cardinal, scarlet, crimson, cherry, ruby, garnet, claret and more.

Many monikers for red reflect how exotic the color can appear; they’re named for parts of the world, such as Chinese Red, Venetian Red and Morocco Red. 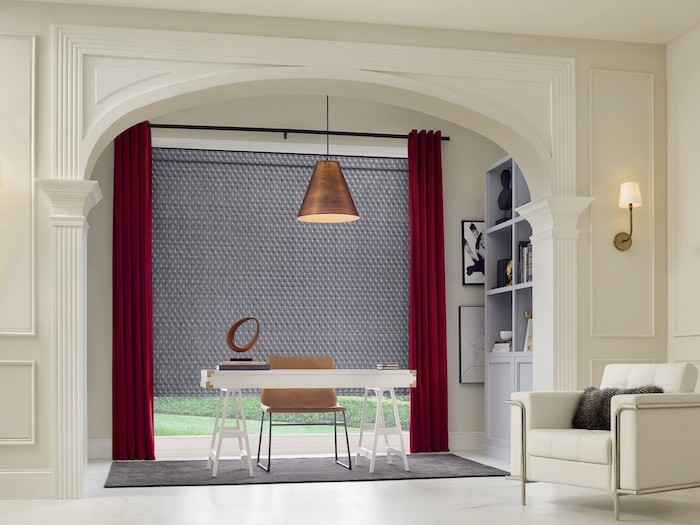 Red design elements create a focal point in a room.

Red is known as a color of passion; it also communicates love and beauty. Depending on your frame of mind and your culture, it can also be identified with energy, happiness, loyalty, luck and more.

Whatever red “says” to you individually, it’s clear that it makes a memorable fashion statement that adds personality to your home décor. It’s a refreshing change from the neutrals that most of us rely on in our home design plans.

Red is a dynamic addition to most interior design color schemes, and, do beware, a little bit can go a long way. 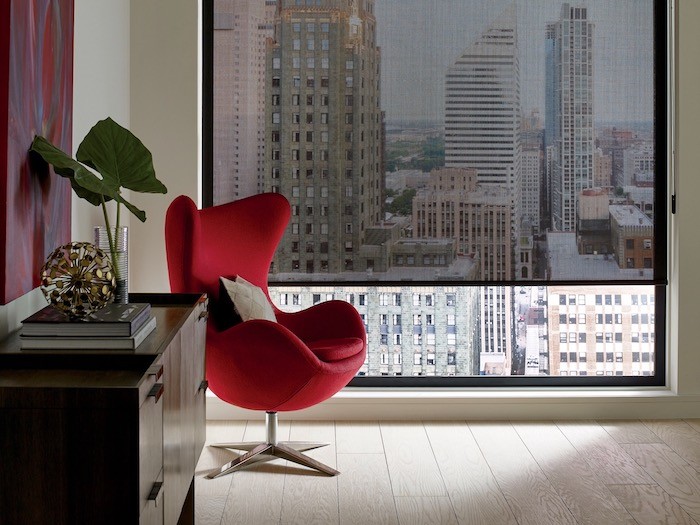 Decorating with red is a refreshing change from the neutrals most of us rely on.

Where to add red to your decor

Add just a dash of brilliant red in the following home elements:

Add decorative elements in this brilliant color. It's a red-hot design choice that will make your friends green with envy! 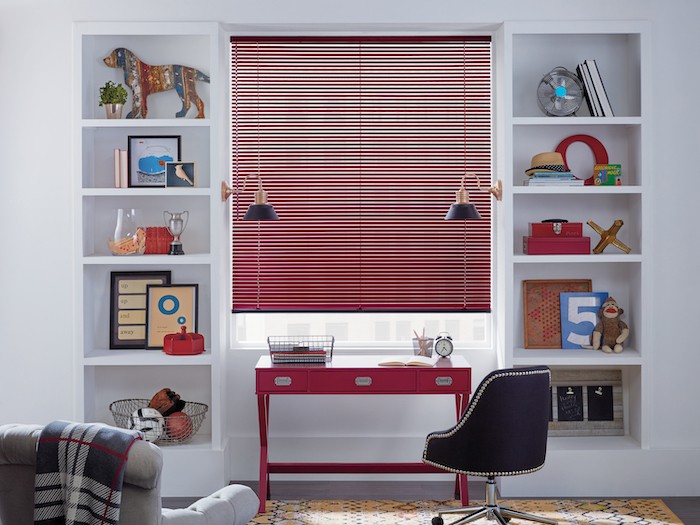 The color red adds happiness and energy to a room.

Sign up for our emails and never miss a story or promotion:

Thank you for your interest.